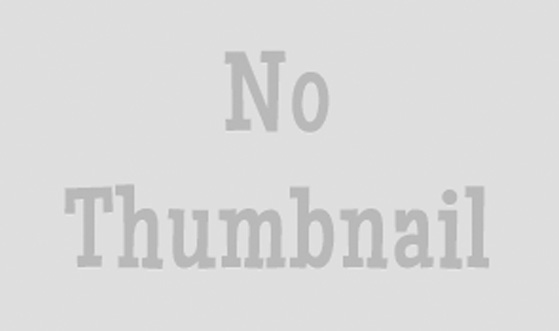 When you think about tools for negotiating a difficult divorce, the Internal Revenue Code probably doesn’t spring to mind. But for decades, federal tax law has made one aspect of divorce negotiations a little bit easier. That changes at the end of 2018, thanks to the Tax Cuts and Jobs Act of 2017.

Currently, when one spouse in a divorcing couple agrees to or is ordered to pay spousal support (also known as spousal maintenance, or alimony) to the other spouse, the payor spouse receives a tax deduction and the recipient spouse pays income tax on the maintenance payments. This makes sense because the party who actually receives the use and benefit of the money is the one who pays income tax on those dollars. But, that’s not the only advantage.

While spousal maintenance is often a hotly contested issue in divorce cases, the current tax structure makes it a bit easier to negotiate.  One of the key difficulties in most divorce cases is the fact that the parties are required to establish two separate lives and households using the same resources that previously supported one. That often means a decline in standard of living for both parties. The current tax structure actually helps those dollars go further.

Spousal maintenance is intended to supplement a spouse whose earning capacity is significantly lower or who, for other reasons, may have difficulty maintaining a fair standard of living for himself or herself. Therefore, it follows that the party paying maintenance typically has significantly higher income than the recipient spouse. When the tax liability for the support payment shifts from the higher-earning spouse to the lower-earning spouse, the tax rate applied to those funds generally drops significantly. That means the spousal support dollars are literally worth more to the recipient spouse than they cost the payor spouse.

That’s a bit complicated in the abstract, so let’s look at how it might play out for a hypothetical divorcing couple.

John has taxable income of $95,000/year and has been the primary breadwinner in the household. Mary works part-time from home while caring for two pre-school children, and has $10,000/year in taxable income.

Purely through the shifting of the tax obligation, the amount of net income that has to stretch to support these two households increased by $3,445.

The difference in tax liability (and, thus, net income) may be even more significant when the breadwinner is a higher earner and/or the lower-earning spouse has little or no independent income.

Changes Under the Trump Tax Plan

The Tax Cuts and Jobs Act of 2017 flips the tax burden for spousal support, shifting tax liability back to the paying spouse. Under the new law, John’s tax rate would drop slightly (to 24%), but he’d be paying taxes on an additional $26,500, and that $26,500 would be taxed at his rate rather than Mary’s significantly lower rate.

<h3>Who is Affected by the Spousal Maintenance Tax Change?</h3>

The new law won’t affect the tax treatment of existing orders, or those entered in 2018. In other words, there will be no impact for those already divorced, and no alternative for those whose divorce decrees are entered on or after January 1, 2019.

Those with pending divorce cases or who are on the verge of filing for divorce, however, fall into a short window in which the upcoming change in tax treatment of alimony payments may factor into strategy and negotiations. Ensuring that the divorce case is wrapped up and the order entered before the end of 2018 will shift the tax burden for any spousal maintenance payments to the recipient. Delaying until the start of the new year will mean the payor spouse bears the tax liability.

Who Benefits from Delay?

At first glance, it might seem that every paying spouse would want to get the divorce case wrapped up quickly, to avoid tax liability, and every recipient spouse would want to delay until 2019 to ensure that he or she received maintenance payments tax free. However, the analysis is actually much more complex.

First, there’s the issue illustrated in the example above: when the lower-earning spouse is responsible for the taxes, the tax burden is lower, leaving more money to go around.

Second, negotiating spousal maintenance may become more difficult and contentious when the paying spouse knows that he or she will be paying taxes on earned income that’s routed directly to the other spouse. The impact of this change may also spill over into other areas of negotiation, such as which parent claims minor children as dependents on their tax returns.

Finally, and perhaps most significantly, the new tax law leaves the future of spousal maintenance calculations unclear. While Illinois and most other states have formulas or guidelines for determining the appropriate amount and duration of any spousal support order, those calculations are predicated in part on the present tax-shifting system. It remains to be seen whether and to what degree the guidelines will be adjusted in light of the changes to the Internal Revenue Code, or how judges may factor the new tax law into their spousal support orders.

Talk to an Experienced Divorce Lawyer about Spousal Maintenance

If you are considering divorce and there is a significant income disparity between you and your spouse, or one spouse has special needs or limited earning capacity that may affect the need for spousal maintenance, it is in your best interests to talk to a seasoned divorce lawyer as soon as possible.  Ignoring or trying to predict the impact the new tax law could have on your case could be costly.

In Illinois, as in most states, pets are property. While that makes sense and causes no problems in most situations, the legal classification of a pet as similar to an end table or a bank account often becomes problematic in divorce proceedings. Though objects may have sentimental value or history that makes them more valuable to one party than the other, courts are rarely asked to think about the well-being of a sofa or to consider that a racing bike may have a stronger bond with one party than the other.

Where pets are concerned, issues such as emotional attachment and the willingness and ability to provide adequate care are very real. But, until recently, the law did not acknowledge them. Over the past several years, some states have adopted a hybrid approach, still treating pets as property but taking their needs and the relationships of each party to the animal into account. On January 1, 2018, Illinois joined that movement.

The new Illinois law doesn’t actually go as far as to shift the legal basis of the determination from ownership to custody. Pets remain property under Illinois law. The court awards ownership of the pet, not custody or visitation. However, the new provision allows courts to consider some factors similar to those that play a role in child custody determination, and to order joint ownership of a pet where appropriate.

Note that the statute references not just ownership, but also responsibility—a significant departure from prior law. In addition, while the law doesn’t specifically refer to time with the pet or maintenance of a relationship with both parties, the court’s ability to order joint ownership creates a framework to ensure that each “parent” has access to the animal and a voice in its care.

…the court shall take into consideration the well-being of the companion animal.

Again, the statute doesn’t specify exactly how this determination is to be made. However, this provision opens the door to considering issues such as the bond the animal has with one or both parties, the willingness and ability of each party to care for the pet, and other factors similar to those considered in a child custody case. Potentially, the pet’s relationship with children and vice versa could also factor in. This issue would typically be most relevant when the children live full-time or nearly full-time with one parent, or where only one of the divorcing parties is the children’s parent.

Like both child custody and property division, pet ownership can be allocated on a temporary basis while the divorce is pending. The process for making this determination is much like the process for entering temporary orders regarding any other aspect of the case, such as interim child support obligations or temporary possession of the family home. The factors to be considered in determining temporary possession and care of the family pet are the same as those relevant to permanent orders.

Similarly, divorcing parties have the option of entering into an agreement with regard to ownership of and responsibility for a companion animal. The agreement must generally be in writing. However, as with any other aspect of an agreement between the parties, the court must approve the terms.

Animals Not Covered by the “Pet Custody” Law

The new Illinois law changes the way certain pets—described in the statute as “companion animals”—are addressed in divorce cases. However, not every animal owned by a couple or by one spouse falls under the new provision. For example:

Obtaining Custody of Your Pet in Illinois

For many people—especially couples without children who have long-time companion animals—possession of a pet or pets is one of the most emotional and contentious issues to arise in the course of a divorce. While most property division issues revolve around monetary value or practical needs, one party typically can’t fairly compensate the other for his or her share in the cat they both love.

The new Illinois law empowers divorcing couples to reach agreements that work for everyone, and courts to enter orders that consider the emotional bonds of the parties with the animal and the animal’s welfare. However, creating a workable arrangement for sharing a pet can be very difficult, particularly when the divorce is not amicable. And, the legal foundation for shared ownership of a pet is new enough that there are not yet clear norms as to the factors to be considered or how joint ownership will play out.

If you are divorcing or considering divorce and own a pet jointly with your spouse, talk with an experienced Illinois family law attorney about your options under the new law and how best to move forward.